Toyota to Design a Lunar Rover for Japanese Space Mission

Posted By: LizardRock | 0 Comment(s) Posted On: Mar 14, 2019 @ 02:51 PM
Toyota is going to space! Or their vehicle designs will be, at least. The automaker has announced a partnership with the Japan Aerospace Exploration Agency to create a lunar rover for a new plan to go to the moon.

Toyota and JAXA announced this collaboration and interplanetary intention on Tuesday in a joint announcement. Currently in the concept phase, the lunar rover stands 20 feet long, 17 feet wide, and 12 feet tall. It can carry up to four passengers, though it's intended for two, in a fully pressurized cabin.

The vehicle will use hydrogen fuel cells to power itself, an uncommon, but not unheard of, form of power. Despite the limited potential of hydrogen, Toyota claims the rover can travel more than 6,200 miles on the moon with its power supply. I suppose lower gravity probably helps with that. 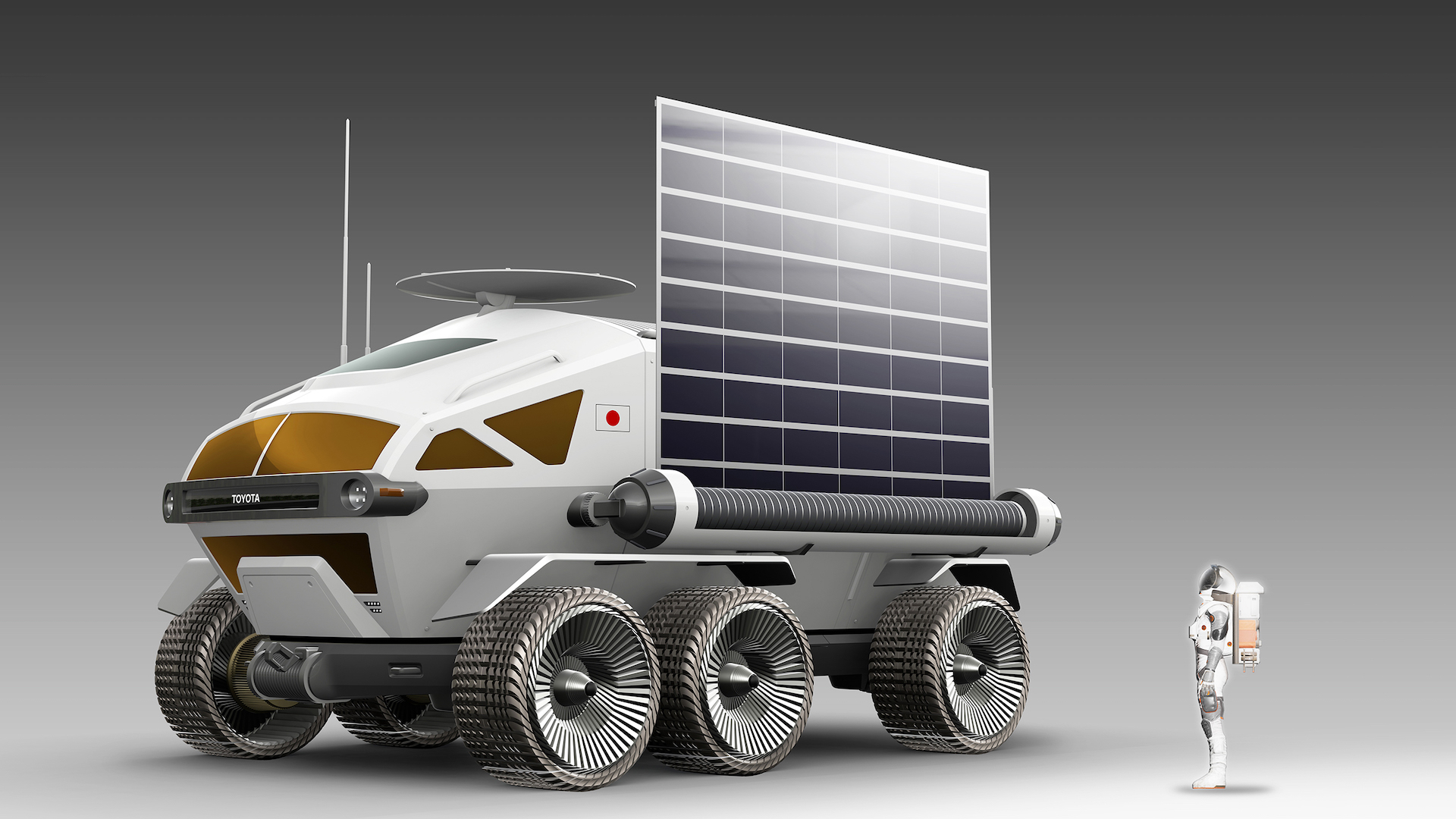 President of Toyota Motor Corporation spoke about the deal, expressing their excitement in representing their home country.

"Going beyond the frameworks of countries or regions, I believe that our industry, which is constantly thinking about the role it should fulfill, shares the same aspirations of international space exploration."

JAXA doesn't expect to be ready to send a lunar rover until 2029, with manned missions planned not long after. So it'll be a good while before we see this behemoth in action. Time is the price to pay for ensuring safety.

I like to imagine that this rover would be friends with the Tesla Roadster they shot into space.

Nikola is Worth More than Ford in Recent Market Evaluation LizardRock   June 12 @ 04:25 PM